LETTER FROM A VISITOR TO LA PASION HoPE CENTER 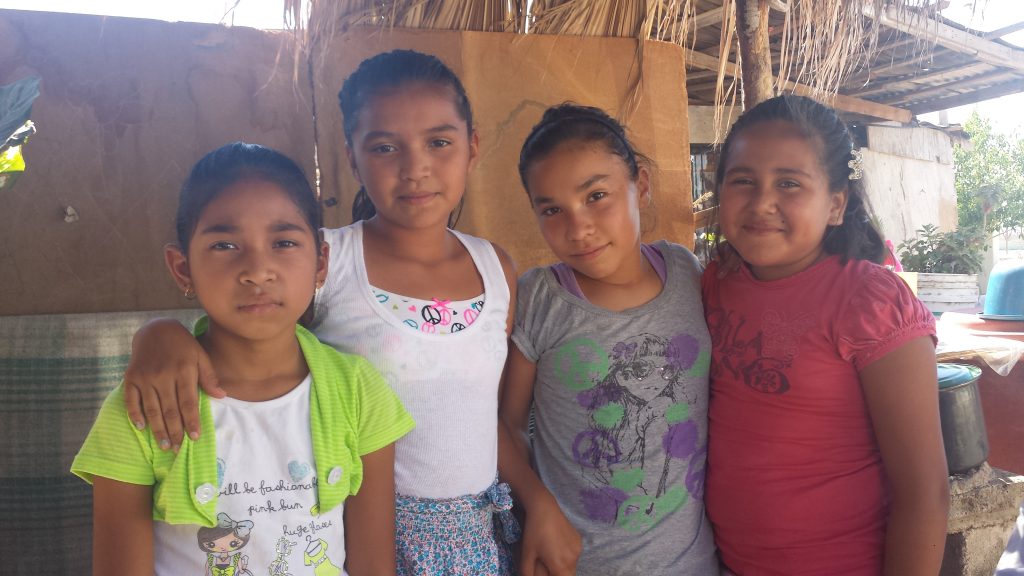 We arrived on Sunday night at La Paz, about 2 hours away from Cabo by road on the Mar de Cortez side. It is a semi desertic ecosystem.

On Monday we drove approximately 35 minutes to the city of La Pasion, where the Hope center is located, the poverty is extreme, the houses are made of plywood, most of them have one room where they cook and sleep. There are no paved roads and no running water, the temperature was 105 degrees, I believe Lucia told me the population was 400 and 200 hundred are children!!!!!

The PI and PTP are held in the town’s rec center which was donated , it is a plywood building consisting of two adjacent rooms, one aprox 12 X 24 and the smaller one that serves as a storage room mostly, there is a small bathroom which frankly i didn’t see.

We proceeded to visit some homes so I could meet the families, we visited 4 homes, we sat and talked to the moms, I guess dads were working. All the mother’s answer were very similar, I asked all of them if their kids had been attending the program from the beginning? What changes have you noticed? Have their grades changed? Are you happy and will they continue to attend?

Absolutely all of them answered the same thing, all of the kids had been there from the very beginning. They all had seen a difference in their character , calmer, more cooperative, less aggressive. All of them had improved their grades, they were very happy to be a part of this and planned to keep their children in the program.

Then we went to the rec center for the day’s session. I met all of the children and 2 of their teachers. There were 22 that day, we did the sounds in English. The PTP lesson for that day was personal safety, and then we did the sound again in Spanish! We handed them their snacks , guided by one of the girls they prayed and recited the ARUT PERUM JYOTI mantra. It was very touching. I’m in love with those kids!

We left and drove about 1 hour to the opening of the other center in the Colony called Ciudad del Cielo (city of heaven, go figure) where Lucia gave a short presentation, we did the sounds, I gave a little talk expanding on TF , today was the opening and they had 10 very enthusiastic kids!!!!!

Overall, I firmly believe that Lucia and her Tripura team (I met most of them) have done an amazing job. They all have put their hearts into this project and it really shows. The children know the sounds and participate eagerly. The teachers agreed that all the kids have changed tremendously since they have been participating in the program. One of them even wants to grow up to be a teacher of HOPE centers!!!!!!!

The Kids needed a sink and I left Lucia  $100 to buy it. We also bought them 2 fans (the heat is extreme) and an extension cord!! We will pay for the extra electricity charges too. I cannot imagine the summer there.

Thanks so much for allowing me to be  a part of this amazing experience. I feel truly blessed!!!!!!!!

Here is a link to a video of K’s drive to the Learning Center: Drive To La Pasion – June 2014 Give it a couple of minutes to load.