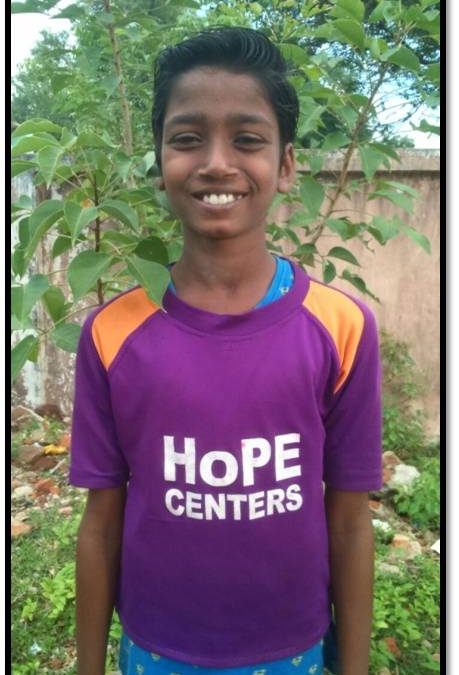 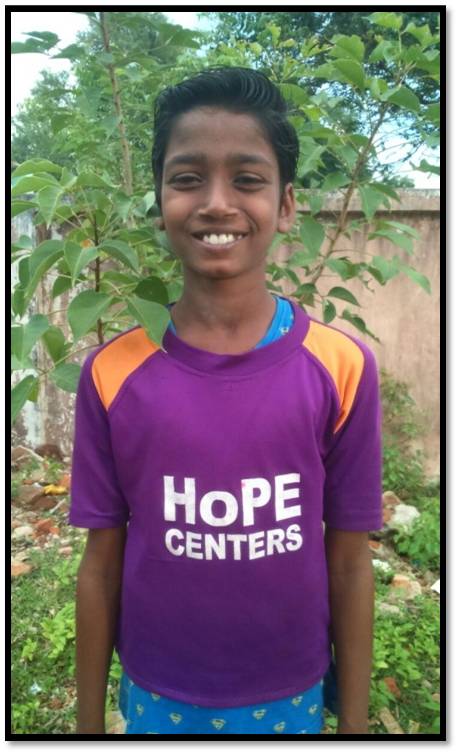 Tamil is a seventh grader who lives with his parents and three siblings. He is a loving child with many fine qualities, but, for good reasons, he still occasionally struggles with trust issues.

In addition to enduring seizures and a speech impediment, Tamil’s family life has been tremendously challenging. His father is an alcoholic who abuses his wife, often in front of Tamil and his siblings. Tamil’s mother is a day laborer who works very hard to support her family, but regular daily meals are rare privileges. Now that Tamil and his brother are a little older, they occasionally stand up to their father, but there’s only much they can do.

When asked, Tamil shared a memory of a specific day in his life that will forever be vividly etched in his mind. While waiting at a railway crossing with his family, Tamil’s father drunkenly pulled them all ahead. Tamil remembers the sound of the train coming out of nowhere, hurtling towards them in high speed, making them all freeze in their tracks until someone from behind pulled them all to safety in a matter of seconds, before the train crossed right in front of them.

After years of watching his father and other neighborhood alcoholics commit petty crimes, Tamil decided he wants to become a police officer to enforce laws and protect silent victims.

Tamil regularly practices Phonemic Intelligence and Yoga to increase his concentration and to become physically fit enough to achieve this goal. HoPE Learning Center teachers have taken special care to help him communicate better without stuttering so that he can succeed.

He thanks Tripura Foundation sponsors for daily snacks, which constitute a major part of his diet. He says that he is ever grateful to his teachers and friends who have helped him stand up against what’s wrong, even when wrongdoings are committed by his family. With all of this warm support, Tamil has regained a sense of trust and faith in humanity.

It doesn’t take much to bring trust and HoPE to a special child, like Tamil. Only $10 a month covers the costs of HoPE Center sponsorship, tutoring, lessons, materials and daily mini meals for one child.  For only $300 a month, you can sponsor an entire HoPE Learning Center.