A Beacon of HoPE 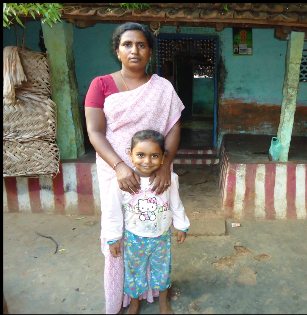 Malayayi, a single mother, has gone from from feeling utterly hopeless and attempting to take her own life, to shining as a beacon of hope to all of the women in her village.

Malayayi was born into a family of ten whose elderly parents had little to offer their children. By the time she came of age, Malayayi was married, but her marriage didn’t last. After four months, her husband abandoned her while she was pregnant.

She was left heartbroken and alone. With no one to depend on, Malayayi took refuge with members of her family until she gave birth.  Malayayi was blessed with a baby girl, but was in no emotional state to celebrate the birth.

Malayayi tells us, “I had attempted suicides a number of times and failed. I had no hope and had no desire of living. Even though I had my daughter I was in no position to offer her a future. I felt useless.

Then a ray of HoPE shined into Malayayi’s life.  She continues, “When I thought all was lost, I was offered the priceless position to work as a teacher in a HoPE Learning Center. I have the skills for teaching and I speak very well. I thanked God for answering all my prayers and took this as a sign from the almighty to live a life for the sake of my only child.

The salary given to me was very essential to feed myself and my daughter every day as I had no other means of survival.

As I became a teacher, I started realizing that there’s more to life than what I had thought. My life gradually changed from a woeful one to a contented one. Seeing the children every day, watching them smile made my days. Every day when I woke up, my first thought would be what more can I do for the children? I found happiness in their happiness. I temporarily forgot my miserable life and started making the best out of my time with the children.”

By working at her local HoPE Learning Center for 3 years, she has brought about remarkable changes in the children. She says that Phonemic Intelligence and yoga helped her become calm and peaceful. She practices them regularly and says they also help her focus.

Her previous struggles not only strengthened her, but they also helped her show everyone that with dedication and hard work anyone could achieve their goals.

She currently lives happily with her daughter and continues to teach at her local Tripura Foundation HoPE Learning Center, spending time with the children to help make their lives better.

Sponsor a HoPE Learning Center student for as little as $10 a month by clicking the ‘Donate Now’ button below.