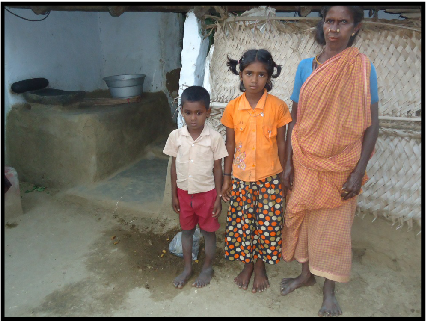 Help Preynitha Realize Her Dream of Becoming a Doctor 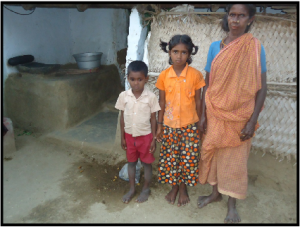 Preynitha with her grandmother and little brother

Preynitha was seven years old when a deadly viral fever hit her village during the winter. Like many others in her village, Preynitha’s mother passed away.  Soon after, Preynitha’s father abandoned her and her little brother to go live with another woman.  At this time, Preynitha and her brother started living with their maternal grandmother.

Preynitha is now 10 years old and bears the great burden of taking care of herself, her grandmother and her little brother.

At first, her grandmother began working in neighboring houses as a maid.  However, she earned such a small amount that she could not afford daily meals for herself and the children.  The villagers took pity on the kids and gave them leftovers at the end of each day.  When Preynitha saw that the food was only sufficient for two, so she skipped meals to let her grandmother and little brother eat.

As the days passed, her grandmother could do nothing but helplessly watch her granddaughter grow thinner and thinner. Meanwhile, Preynitha came to the realization that the only means to put an end to their suffering was to study hard enough to earn money to support her family.  On top of studying, she also tried to work as a maid in other houses in the neighborhood to meet immediate needs.

At first, because she was only 10, no one wanted to hire her, but she persisted and showed that she was responsible. Little by little, the number of houses increased and she began earning enough to eat every day.

She says she realized that God had not given up on her when she was introduced to her local Tripura Foundation HoPE Learning Center.  After attending regularly, she was able to concentrate better on her studies and eat a very healthy snack every day.  She also now practices yoga at home, which has helped her regain her health.

Preynitha was barely able to contain her tears when she spoke about her life before attending her local HoPE Learning Center, and how she is so very thankful to our HoPE sponsors.  She wants to become a doctor in the future and says that she will never give up on her dream of healing the sick people in her village.

Help us continue to give Preynitha HoPE for her future, and expand our reach to give HoPE to even more children living in poverty and distress.  With as little as $10 a month, you can make a huge impact in the life of a child.  Click the ‘Donate Now’ button below.

Posted in: Hope CentersIn The NewsPrograms
Prev Post: Assisting Rosetta and her Granddaughter Next Post: A Beacon of Hope 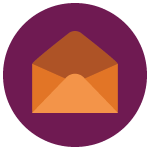