Though we often share stories about HoPE Center children who do not have parents, or whose parents are abusive or alcoholic, many others come from families who are caring and intact… but also coping with extreme poverty. 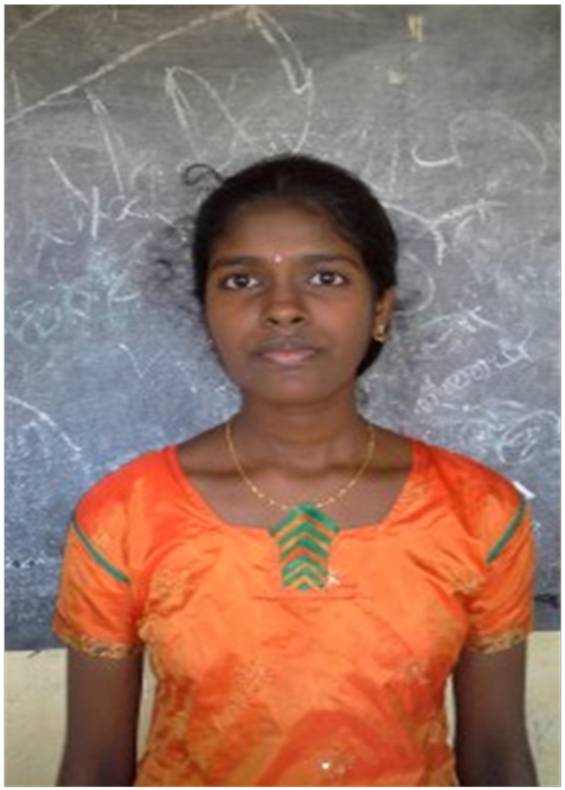 This is the case with a 9th grade student named Sripriya and her younger sister. Their mother is a housewife and their father is a low-paid day laborer.  Life would be much easier for all if one or both of the girls would stop attending school and instead take on steady, wage-paying employment, but both parents put the girls first and encourage their academic success.

Sripriya studies at Swamy Dayanantha Higher Secondary School. Her friend’s elder sister is a biology teacher and Srupriya would like to follow in her footsteps by one day becoming a teacher herself. For now, Sripriya enjoys biology lab during lunch break, especially if it involves peeping into some of the bottled specimens.

After coming to HoPE Center, Sripriya has learned to achieve her educational duties and goals independently, without the aid of adults. She is no longer late to class. She says her health has also improved due to regularly practicing yoga. She likes the PI sound of ‘E’ and enjoys reciting it. She is grateful to her sponsor and well on her way to achieving her dreams.

Sripriya’s parents are grateful that their daughter will escape from a long multi-generational cycle of hard labor and lifelong poverty. They hope that their younger daughter will also be able to thrive within the HoPE Learning Center when she is old enough to attend.

It doesn’t take much to bring trust and HoPE to a special child like Sripriya.

Just $9 a month covers the costs of HoPE Center sponsorship, tutoring, lessons, materials and daily mini meals for one child. Or, for only $300 a month, you can sponsor an entire HoPE Learning Center (40 children).