Elders Should Be Respected, Not Forced to Suffer 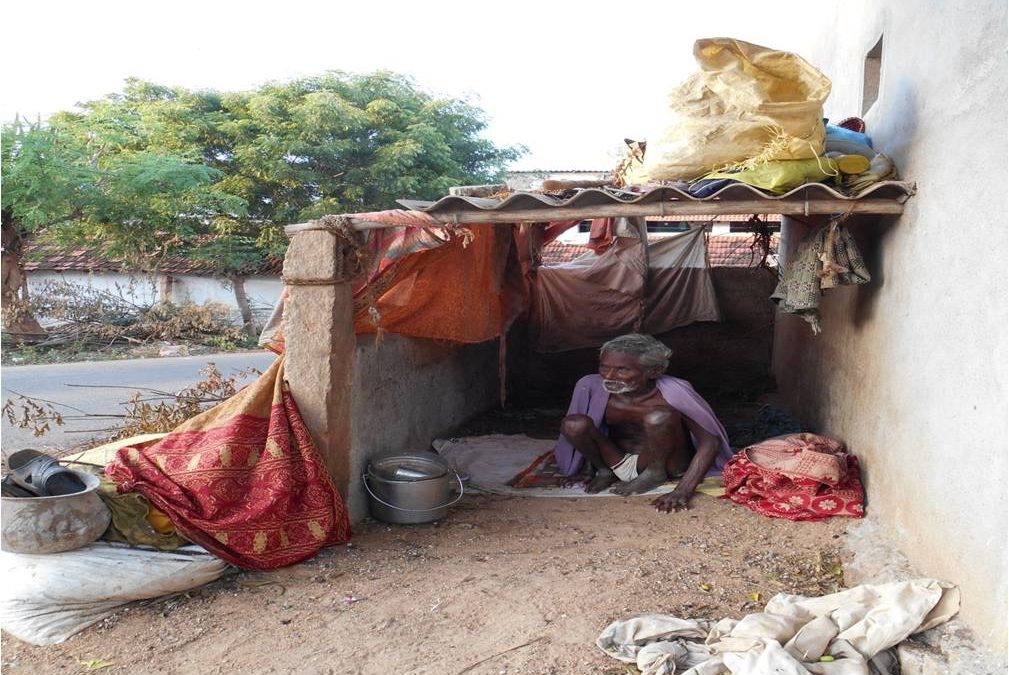 Since elderly Vellimalai does not have any income, his son and his daughter-in-law sent him out of their house several years ago. The villagers claim that Vellimalai is 90 years old.  Due to his advanced age he cannot walk or even stand up. He cannot bathe or even attend to nature’s call unless he crawls to a nearby pond.

Before Tripura Foundation learned of Vellimalai’s struggles, he lived on the pavement with hardly any cover over his head, and when it rained, he had to cover himself with a waterproof banner.  During winters, the old man shivered with cold.  There was no protection from insects or poisonous snakes.  The old man survived with just one meal a day.  He was ill, lonely and hungry.

Like Vellimalai, millions of senior citizens who are poor and live alone find themselves vulnerable, powerless, and neglected by their grown-up children. Elderly women are often widows or have been abandoned by their husbands. They are physically weak and thus unable to find work. They do not have money for food, medical care, or other basic necessities. They are forced to beg, and are often homeless. Moved by the plight of destitute men and women, Tripura Foundation made a program to sponsor elderly ones on an urgent basis.

Though his living conditions are still rough, Vellimalai is leading a better life, knowing he will receive food three times a day. He feels that his pride and dignity are restored. He is thankful to his sponsor for uplifting his life.

For only $40 a month, you can feed, clothe, comfort, and provide companionship to a poor elderly person like Vellimalai. You could save a precious life!